When I first told friends and family that I would be going on some long hikes, it was interesting what dangers they came up with that I should be worried about and protect myself from. Now, after hiking a few thousand miles, I can confidently compare what their fears were about with what real dangers exist. The two do not match up very well.

Now, I do realize that a person CAN die or be severely injured out in the wilds, and any of the things listed below COULD be the cause, but it's all about keeping a reasonable perspective.


Here are my lists of "Fears" that people are often concerned with, and Dangers that they really should be ready for... 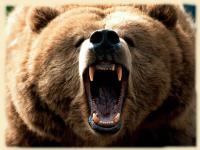 What did I miss? Anything else out there that scares you about being in the outdoors, or that we really should be concerned about?

Hi,
I suggest adding fire, be it campfire injury or stove use gong wrong.